At this website we try to present our readers (= you) with

Reliable information from a variety of credible sources, from different points of view or opinions.

As a utopian, I am convinced that we can grow towards a liveable world where everyone values each other no matter what their opinion. I firmly believe that a democracy can work if everyone in the community has the right to express his or her opinion and allows it to exist with equal rights alongside the opinions of others.

In a world where the share of people who prefer to get their news online has been growing steadily for years, it is important to take care that neutral information and real facts are able to be found between all the gossip, unimportant messages or so-called news features, fake news and biassed articles.

On July 25, 2016 I wrote already on the Blogspot site “Our World” that I would love to see that we all could come to see it possible that in this world, where there is so much sorrow and pain, we could find people willing to help each other and loving all those around them.

I am convinced that it should be possible that people with different opinions could live peacefully together, sharing their different thoughts and giving each other different inspirations.

I also believe that when we share our thoughts on how we look at things, we can come to a better understanding of each other and each other’s moves.

Looking for truths and trying to understand history

For years I looked for truths in the hope to understand the way people behaved and why all things in this world went like they evolved. For that reason, I was also pleased that in my professional training at the Ballet School we got different classes on history (History – of Ballet, of culture, of costumes, of music). This triggered my interest in history and later on I also became a teacher of Ballet history.

Gaining insight into the history of mankind remained my weak spot and to this day, it still fascinates me immensely.

To see more clearly on what was going on and trying to understand why it went that way, I also read several newspapers and weeklies. 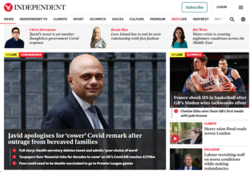 When at the end of the 1970s in England appeared a newspaper with the name “The Independent” I was pleased to find in it that they really wanted to present an independent view. Next to each other one could find articles on the same matter from a different point of view. That not only made it so interesting, but it also gave the readers their own freedom to make up their own opinion about the spoken matter.

On Friday or Saturday I bought the very interesting but propagandistic newspaper, Soviet Weekly, (which appeared on Thursday) to hear the voice from the “other site”, also to get some news from dancers and choreographers I came to know and to compare the Western media news with what I heard from my soviet teachers and from the Soviet dancers where I had contact with. The paper stated its aim was

“to assist in the development of British-Soviet friendship by providing an objective picture of Soviet life and opinion.”

And it gave some view on the life of people living in the USSR or Soviet Union. [For me it was also interesting to learn how they treated sick people in the USSR, because I had learned the very good healing system of Kounovsky. A system of which Joseph Pilates took a lot of exercises in his system, doing as it was his system of body control (hence “Contrology”), and which much later became better known as (his) Pilates technique, practised worldwide, especially in Western countries such as Australia, Canada, the United States and the United Kingdom. In the Soviet Union I could witness the value of the Kounovsky technique which is much safer and better structured than the Pilates technique and of which Russians or Soviet people, could be put much faster back to work after an accident.

I also wanted to follow how they used the approach to self-development developed by George Gurdjieff the “Fourth Way“, a  method for awakening one’s consciousness, whose movements (or series of sacred dances) were also used by Nadine Nicolaeva-Legat, the founder of the Legat School of Ballet in Kent in which I had the honour to be able to teach.] 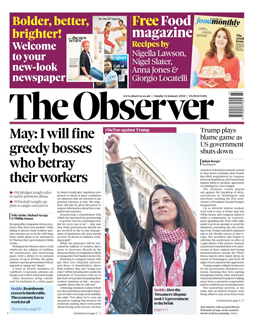 On Sunday I bought some Sunday papers and found it great to find in The Observer an overview of what happened in the week.

During the week, going to training, performing places, and the Legat School in Tunbridge Wells (the birthplace of my mother), where I also thought, I had to take public transport where I could find (left behind for others to read it) or receive from co-passengers different papers. I used to keep staying informed of what was going on in the world and use them as paper clips for my ballet archive.

As the years passed and after a very serious car accident (getting me for some months paralysed tied to the hospital bed) I had to find new ways to develop the rest of my years here on earth. Having fallen completely behind with my archive, I handed it over to “het Vlaams Theater Instituut” (VTI – the Flemish Theatre Institute) and stopped looking for ballet records for a while in order to concentrate on my rehabilitation and my family.

In the meantime, the computer had gained more importance in our lives and in the possibility to have contact with people from all over the world. That gave me a good reason to start blogging and to give a voice to my political and religious thoughts. This is how the predecessor of this website came into being and wanted to give a picture of our position in this world.

In 2021 Blogger showed several problems and became too slow to load and as such proved not practical to be a news channel. That year some dark clouds entered our world and seemed to make it more important to see clearly in the darkness.

Dreams of a society

For many years now I had the dream of a society without exploitation or oppression, without unnecessary suffering, where every person could reach their potential. Now this dream seemed to become even more difficult to reach, a great danger looming around the corner. Many think this would be impossible. And maybe they are right. But if one does not believe in dreams coming through, there shall never become something better.

Behind the corner loomed another spectre of war that would be a threat and a great danger to our Western way of life. All the more reason or once again, good reasons to clean up the mess and eliminate false reporting, false or fake news and to pay more attention to what people should definitely hear and find out.

In the last five years, there was so much fake news going around and people giving more attention to Facebook messages, not really reading the articles but just going by the titles, it seemed journalism could come to an end in a bizarre way, having populists winning the ‘battle’ of information gathering. It looked like the big giants of news were falling, but that got in a way solved by several journalists finding other channels, like blogging, to spread their opinion and to give messages about what was happening in the real world.

In addition to the newspapers, other news channels have now emerged

There came others in the footlight than the main newspapers. Several people writing on their own WordPresses, Twitters, and Substacks, essentially taking truth from the corporations and putting it back in the hands of the individuals. I agree this can be dangerous, but it can also be really good, giving more opportunities to have what really happened to reach others all over the world.

It is in that way that I also wanted to function as an info dealer. Providing a digital newsletter directly to subscribers without having them pay for it. The very opposite of the American online platform Substack. Here the newsgathering is free. (Though if you want to help me in my work for fund me, that is always welcome.)

Our problem today is that there is an overflow of information. The world seems oversaturated with news and there is so much to read, but we have such a limited time. As a pensioner, I could perhaps do my bit by making a selection from the many articles to be read and making them known to a wider audience.
That is why I decided to offer a selection of fascinating articles that have appeared here and there on the Internet in “From Guestwriters“, which I started on the 26th of March 2014. In June 2017 1.000 articles could be found over there (today it offers 2.898 articles). With “From Guestwriters”, it was more a case of presenting captivating reflections, poems, stories and articles, with a bit of news coverage here and there. But the newsgathering would not be on the front line.

The task of gathering news was previously supposed to be the responsibility of the blog “Our World“, but because the writing and publishing there had been so poor in recent months, I have created this platform, hoping to reach more people more easily with a larger and more interesting offer.

The article that got the most views until now is “Hope For, But Not In, Evangelicalism” with 52 views, followed by “A global plan to end plastic pollution in our seas is near” with 42 views.

But what feels a little bit frustrating is that the weekly overviews do not get many views. On top is the Weekly World Watch with 7 views, whilst the other reviews, like those of the Telegraph (2-6), the Guardian (5-6), the Independent (3-5) or the Ukraine reviews (2) do not seem to get many viewers, though preparing those articles to require a lot of work.

To give an overview of what appears in the international press and what may be important points that deserve our attention, a lot of work needs to be done, and the question can be asked whether enough readers are interested in it.

I wonder if readers are interested in such views of what appeared in a certain newspaper. I love to get to know what you as a reader would like to find overhere.

Some questions for my readers or visitors of this site

Do you appreciate it to find a review of what are interesting articles in the Daily and Sunday Newspapers?

Do you know the reasons, or do you have any idea, why this site does not get so many views and/or likes?

What can I do to make this site more interesting and to make it more attractive without obscuring or concealing the truth of what is happening in this world?

Please do not mind giving your food of thought.