A survey released by evangelical organisations in the United Kingdom in April 2022 found that, while around half of the country’s population identify as Christian, only 6 percent are “practising” and active enough in their faith to attend church at least once a month.

One could almost call it a scourge that rages across several countries. The United Kingdom, like many other countries, has to contend with declining church attendance.

The number of churches in the UK fell from 42,000 to 39,800 in a ten-year span, according to a 2021 report from the Brierley Research Consultancy. A recent report from the Church of England found that up to 368 churches could be at risk for closure in the next two to five years, though the church said the rate of closure is slowing. These numbers of course don’t take other denominations into account, but many of the buildings belong to the Anglican Church.

Large churches are not spared

In Australia and Great Britain, even big churches have to close their doors. Not enough people are coming to the services. In Belgium and the Netherlands one also can find churches which even do not present a service for what would be a ‘high holy day”. In Australia, many megachurches are having Sunday services, and many small churches are closed on Christmas, too.

All over the capitalist countries attendance and involvement with the church or religious groups are down across every denomination and in every demographic. No age group, no ethnic group, no area of our capitalist nations has been immune from this new reality. We’ve been following this trend long enough to know it’s not a temporary slump, but a full-blown decline.

With the corona lockdown, more people came to feel freer at home, not having to interrupt their Sunday for going to a holy mass. Streaming services also impacted church attendance, many finding it much easier to follow a service from home than having to travel a long way to go to their favourite church.

Lots of people have enough to do on a Sunday to feel inconvenienced by an interruption to their desired activities. In young families, we can find the children to have field trips and sporting events on Sunday morning, most every weekend. Travel teams take up family weekends as the entire family follows the dreams of one of their children to play hockey, football, baseball, debate or gymnastics. Another fact that cannot be ignored is that in this consumerist society, many people are so seduced by consumption that they have pushed aside the god of their church for the god of the purse. Stores that used to be closed on Sunday, in many countries, are now also opening already from 8 am and in Australia and the U.S.A. at 1pm, but many now open all day.

Relaxation seized up on Sunday

Entertainment has also discovered Sunday morning. The BBC and the Belgian television channels present morning shows also on Sunday, and have even visitors in the studio coming to watch regularly how it works in those tv-studios. In several countries, NFL kicks off at noon, but if you’re going to go the game, you have to go early for the tailgate. Concerts in the park, music festivals, food festivals, book festivals, and classic car rallies now consider Sunday morning to be prime time for their events.

The great problem in our society is that families are facing multiple demands from careers, schools and social obligations. The work/life balance has been compromised to the point many Americans, Canadians, British, Germans, Belgians and Dutch people, can’t tell you when their work day actually ends and their home life begins. In recent years, the workload has increased enormously, creating longer working hours than before. Also social media demands more and more of our attention. Because of these growing demands on our time, most of us aren’t getting enough sleep, and find having to go to church an intrusion to our little free moments in the week. Lots of people want, on Sunday, to catch up on the sleep missed during the week.

Capitulation to a consumerist, market-driven culture

The closing church is seen as capitulation to a consumerist, market-driven culture, a metaphor for placing cultural style above the substance of the gospel. In our consumer and capitalist world there is not much place anymore for God. Lots of the name Christians are afraid of upcoming leftish or Marxist people and think they would take away all faith in God; Though they should know that by those communists there can be found many more active Christians than in many other political groups.

For some defenders, the criticism of the closings is representative of the judgmentalism and rigid dogma that has led so many away from “institutional” churches, and is the reason that “seeker-sensitive” churches exist. In the last two decades, we have seen that more people went looking for the meaning of life and God’s role in it. In several countries there has come also the debate about the day to go to church, a great deal saying one has to go to church on Sunday morning and that going on Saturday does not represent a Sunday-service. Others, the other way round, find people should go on Saturday, following the first Christians, though they forget that the first Christians had their service on the Sabbath, which is on Friday night and on Saturday morning. After sundown on Saturday, it is not anymore Sabbath or Shabbos, so several of those Messianic Churches (mostly the trinitarian) claiming they have the only valuable service, on Saturday night, are totally wrong. Those who insist that you go to church Sunday morning instead of Saturday night, others say, are the ones missing the freedom of the gospel. And according to us, they have good reason to say so, because every day is good to praise God.

Search for a religious way of life

“Real” Christianity is about private devotional life and about a coming together or gathering of like-minded people willing to share their faith, on whatever day of the week.

People have exchanged the Biblical Truth for the economical truth and think they have freed themselves because they have put away all their faith in God and the Church, though gave themselves in the hand of the autocratic nations.

For some years now several churches tried to bring a lot of entertainment to their services. But now youngsters are spoiled with entertainment on the market and go for looking it at on social media and at festivals. Many went to church and were entertained and impressed, but they really never met Jesus nor connected with the God of Jesus. Lots of those worshippers had another god than the God of the Bible and had not much connection with His Word. Lots of pastors and priests also don’t know Jesus either. Some of them have placed a lot of energy in trying to save their church, and trying to get people to learn their church doctrines. But perhaps they focused too much on that salvation of an ‘instrument,’ instead of showing others the real ‘Body of Christ‘.

Perhaps instead of focusing on saving the world, the church should focus more on finding its own salvation first by finding Jesus and his God. 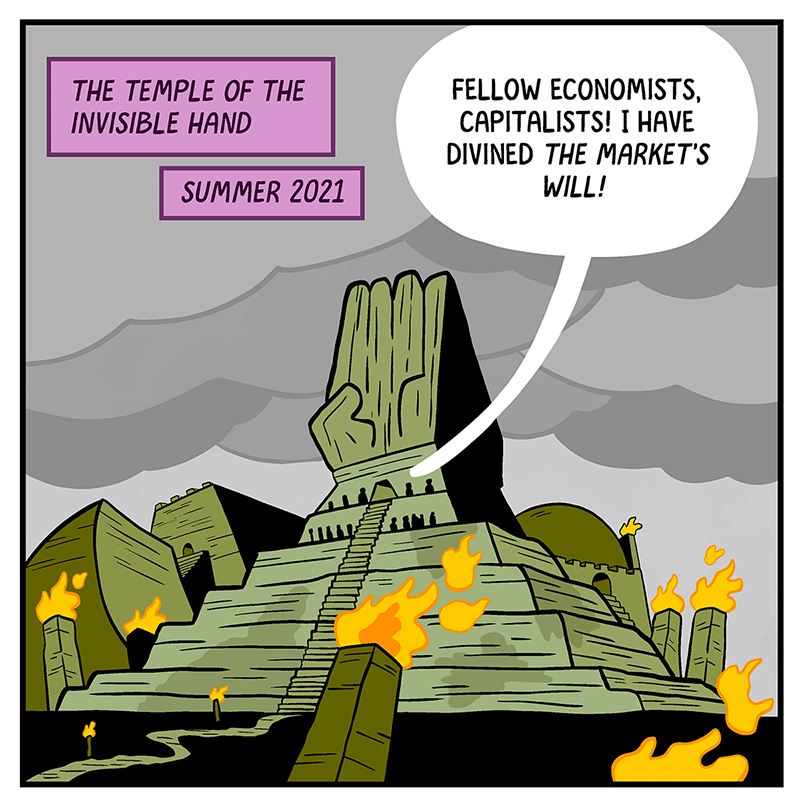