Shane Idleman, founder and lead pastor of Westside Christian Fellowship in Southern California, questions what is going on in America.

She is convinced that her nation has rejected God, and that they are reaping the whirlwind. She writes:

Just as water rapidly eroded the banks of the mighty Colorado River and created a vast Grand Canyon, America’s current belief system (relativism) has eroded her foundation and created a moral void. {America Needs to Turn Back to God}

You then could wonder which power in man would handle that man. The thought that man should be controlled by the “bayonet” could and still can be found in certain cultures. Even in such a cultured developed country as the U.S.A. one can find people who are convinced man should have all sorts of weapons, be them short, sharp-edged, or a tool consisting essentially of a metal tube from which a missile or projectile is shot by the force of exploding gunpowder or some other propellant, like guns, automatic weapons of small and big calibre. 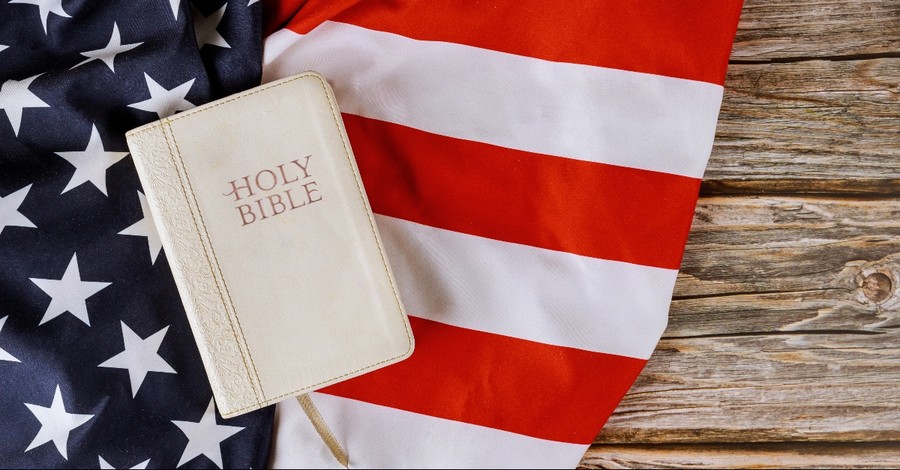 In the U.S.A. gun control is one of the most controversial and emotional issues, like in many other countries, with the debate often centring on whether regulations on an individual’s right to arms are an undue restriction on liberty and whether there is a correlation between guns and crime.

Everything revolves around the question whether or not to carry weapons, safety and the need for protection. One can also ask, to what extent this weaponry contributes to the general welfare, general safety and/or whether it rather contributes to more instability in the environment and a greater danger than without weapons.

In the States ordinary objects – sticks, rocks, bottles, chairs, vehicles – which can be used as weapons, are not the type of tool which is mostly used to dominate and subdue others because a great deal of the population think they have so many enemies that they have to use more effective weapons, even bigger than a handgun, which then triggered an arms race in the nation.

Interestingly enough, the stability of America is one of the top concerns on the minds of many today.

There was a time in recent history when America felt secure knowing that the most formidable enemies were abroad. Not so today. Our enemies are within our gates. We, like the mighty Roman Empire that collapsed centuries ago, are crumbling from within.There are people who attempt to be “one nation ‘above’ God” rather than “one nation ‘under’ God.” Scripture identifies this as foolishness, self-exaltation, and arrogance — the downfall of nations. {America Needs to Turn Back to God}

When we look at the world, in general, we might see such a “downfall of nations”. There is a saying that one generation plants trees for the next generation. Idleman is concerned that instead of planting, the Americans are removing and destroying the roots. She says

As a result, our legacy as a great and noble nation has all but been forgotten. For instance, most schools no longer teach students about the spiritual foundation that has guided America throughout her history. {America Needs to Turn Back to God}

For her, America has gone the wrong way, excluding the teaching of the New Testament as a divine revelation in the school. She wonders:

“Where can the purest principles of morality be learned so clearly or so perfectly as from the New Testament?”

We must bring God back into our schools. {America Needs to Turn Back to God}

As if God would have gone away from the schools and as if teachers can not teach what is good and wrong or teach and give moral and ethical values to the children.

According to her, America sits with a problem because

There is no fear of God in this place. {America Needs to Turn Back to God}

The author of America Needs to Turn Back to God in the last few years, said

Without a massive spiritual awakening, the violence in our country will only get worse.

We must learn from King Josiah in the Old Testament. Once he heard what God’s Word said about the current condition of the nation, he humbled himself in a profound way, repented, and asked for God’s intervention.

Because your heart was tender, and you humbled yourself, I heard your cry and answered your prayer. I have stayed my hand of judgment for now (paraphrasing 2 Kings 22:19). {America Needs to Turn Back to God}

For her the cure for violence has never changed: humility, repentance, and fearing God.

Our cry must resemble Isaiah’s:

“Oh, that You would rend the heavens! That You would come down! That the mountains might shake at Your presence” (Isaiah 64:1). {America Needs to Turn Back to God}

I would first of all call to the American citizens to use their brains and to sincerely think about the real validity of weapons in the hand of ordinary citizens.

Why should every citizen be armed? And doesn’t the call by the NRA to equip every teacher and pupil in a school with weapons bring more danger in life, because in case of a tumult or a disagreement between teachers and pupils, but also between the children, there is a possibility that one will seek refuge in that carried weapon to show power and to oppress or dominate the other?

In my eye, the proposition of the American Republican politician and attorney serving as the junior United States senator for Texas since 2013, Ted Cruz, is not giving more liberty to people but even endangering them much more and giving them enough reason to fear one another.

is just ridiculous and makes no sense. In several cases, we also heard that the ‘good guys’ (the police force) were not able to act fast enough to avoid bloodshed.  Also in the Uvalde Robb Elementary School the policemen and aid workers who were called out were unable to intervene effectively and quickly.

How long shall it take before Americans shall be fully aware that the number of soldiers killed in every US conflict since the American War for Independence in 1775 is lower than the number of people killed by civilian shootings?
How long shall it take before they are aware that by mid-May 2022, there was a total of 198 mass shootings in the first 19 weeks of the year, which represents 11 mass shootings a week?

For sure American civilians should question the way they and their country want to go. We are aware that the issue is a highly political one, pitting gun control advocates against sectors of the population fiercely protective of their constitutionally-enshrined right to bear arms.

Shootings, as consistent as they are in the United States, are a public problem. They destroy the lives of American citizens, subject the survivors to abject horrors for the rest of their lives and destroy the faith the people have in their public institutions and their own safety. Such a threat to the well-being of the American people will always be a matter of political concern.

The idea that this wouldn’t be political or a matter of public concern is not only naive but restricts the American people’s ability to prevent tragedies like this from happening in the future. {Gun Violence is Inherently Political}

But those who invoke their so-called freedom should seriously consider how in other areas they so readily accept laws that restrict their or others’ freedoms and opportunities.

I do admit that if more people really knew God, there would be fewer people carrying and handling guns, as well as more people exhibiting better behaviour that others should not fear. If there were a lot more true Christians in the United States, there would also be a lot less gunplay and gun violence.

Some mass shootings and Related articles

10 thoughts on “Does America need to turn back to God”