Extreme weather continues to swell like US coastlines during high tide. And with it comes the realization that the climate changes we were warned about are already here. For decades the core question in the public debate over global warming was: Will all these scientific projections come true?

Now, Britain has had its hottest summer ever and New Zealand its third-warmest winter in a row. The Rhine, Danube, Yangtze, and Colorado rivers dried out, interrupting commerce and power generation. Heat records were smashed.

Weeks of catastrophic flooding submerged a third of Pakistan, killing more than 1,700 people and destroying 1.3 million homes. Scientists say flood infrastructure, public awareness campaigns, and satellite or drone monitoring may all be a part of improved disaster management—once the country can think about such things again. 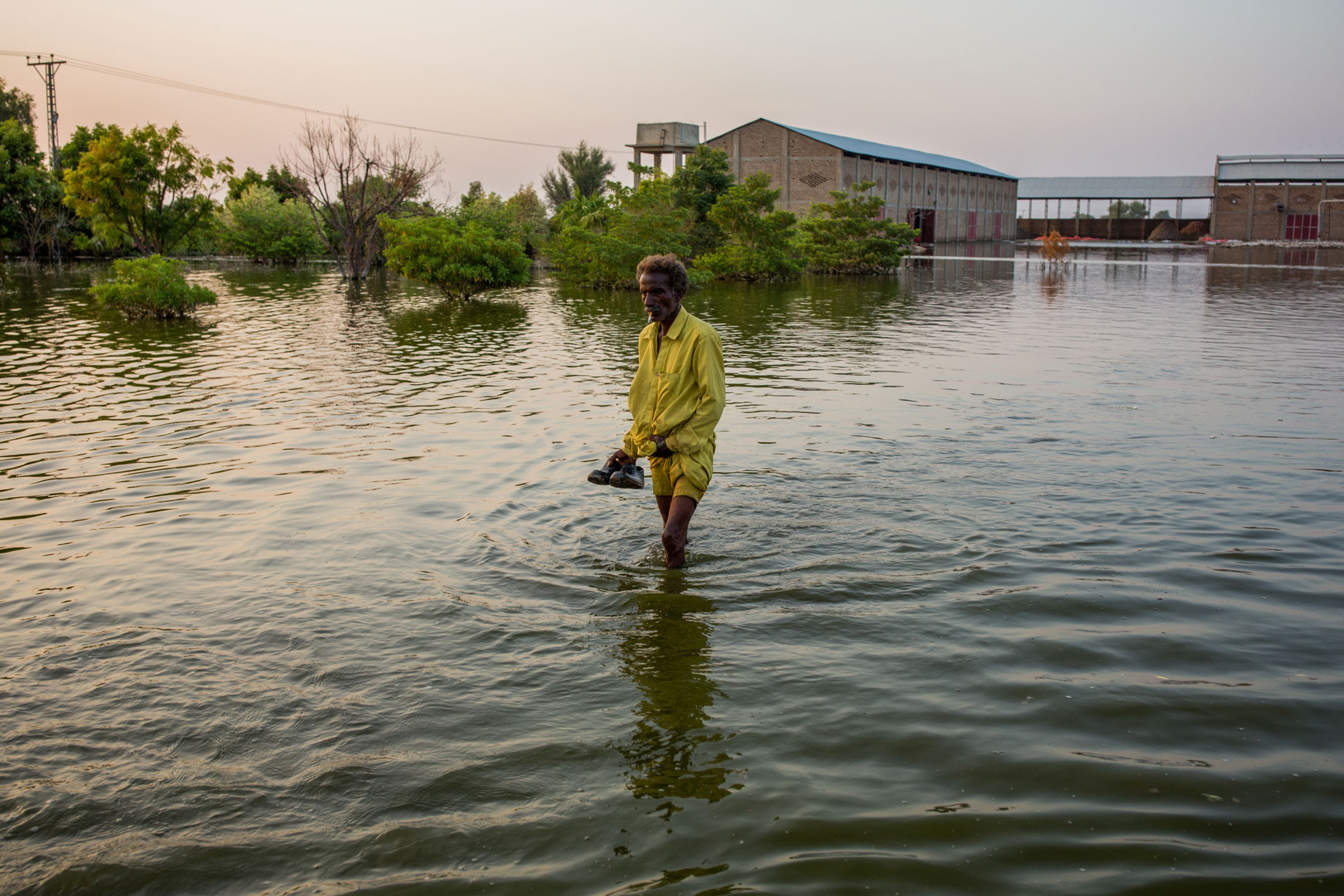 Floodwaters in the Sanghar District of Pakistan Photographer: Asim Hafeez/Bloomberg

If nothing else, Americans — who popularized climate change denial — are starting to believe their own eyes. Almost half of Americans now report they’ve seen global warming affect other people, and 30% say they’ve experienced its effects personally. Research also shows that Americans believe most of their compatriots don’t support climate policies when the opposite is true. That implies regular Americans aren’t nearly as split over the need to take action as some politicians might have us believe.

Nevertheless, big-picture metrics suggest there’s still an enormous amount of work to do if we’re to avert the worst of the projections. Last year the average amount of carbon dioxide in the atmosphere increased at its fifth-fastest rate since record-keeping began in 1958. The global annual average reached 414.7 parts of CO2 for every million parts of atmosphere, the highest level in at least 2 million years. Glaciers shrank for the 34th year in a row, ocean temperature set a record, sea levels rose faster than the long-term trend, and a record 32% of land around the world experienced drought. The hotter atmosphere has already locked in almost a foot of global sea-level rise from Greenland alone. And two scientists suggested that the most important metric of all—the imbalance between the Earth’s incoming and outgoing energy— wasn’t even being measured directly. Climate scientists continue to improve, or at least try to improve, their ability to describe “unknown unknowns.” The idea that different systems on our planet have “tipping points,” after which they undergo unpredictable change, was introduced in 2008 and updated in September. Researchers now predict that five of the 16 tipping points they’ve identified may be crossed even at today’s temperatures. They include the death of coral reefs, the melting of ice sheets in Greenland and West Antarctica, the thawing of permafrost, and shifts in North Atlantic ocean patterns. Two authors of that paper also contributed weeks earlier to an analysis of unlikely but not impossible “catastrophic climate change scenarios” that could trigger societal collapse. They called these worst-case scenarios “a dangerously underexplored topic.”

It’s sometimes said that climate change will cost rich countries money and poor countries lives. The science says we’ll all pay. Heat alone is the leading cause of weather-related deaths in the US, and it’s such a problem globally that the cardiology profession may need a specialty in climate change and cardiovascular disease.

Even the estimated damage of global warming is more than three times higher than previously thought. Researchers have long helped governments understand the potential economic damage that every ton of a heat-trapping gas is responsible for. The Biden administration estimates the cost to be, on average, $51 a ton. A new analysis, drawing on updated scientific and economic findings and more sophisticated models, concluded that the value is closer to $185 per ton. Governments use these figures in regulatory cost-benefit analyses to correct for the basic market failure that’s causing climate change: Greenhouse gas emissions have a cost to society but no market value.

There’s always been enough blame to go around, and researchers are getting better at pinpointing who deserves it. The top five historical emitters—the US, China, Russia, Brazil, and India—together have caused $6 trillion in damage since 1990, or about 11% of average annual global gross domestic product. US emissions, according to the research, are responsible for at least a 1% decline in Pakistan’s potential GDP—equivalent to about $33 billion.

At least the passage of the US Inflation Reduction Act in August is expected to boost a rapidly growing clean economy. Solar and wind power-related job postings have more than tripled since 2010, and they pay 21% more than the average. “The pay premium is even higher for jobs with a low educational requirement,” authors of an analysis wrote. Jobs tend to cluster in counties that employ lots of people in fossil fuel extraction.

The benefits of protecting our climate aren’t only financial, though. It turns out the same ecosystems that bring us water, food, flood protection, and biodiversity also bring us happiness. A review of many dozens of previous studies identified 227 ways that nature affects people’s well-being. It’s a welcome reminder that researchers, let alone policymakers, have little idea how to gauge what people value or calculate the benefit of stopping to smell the roses.