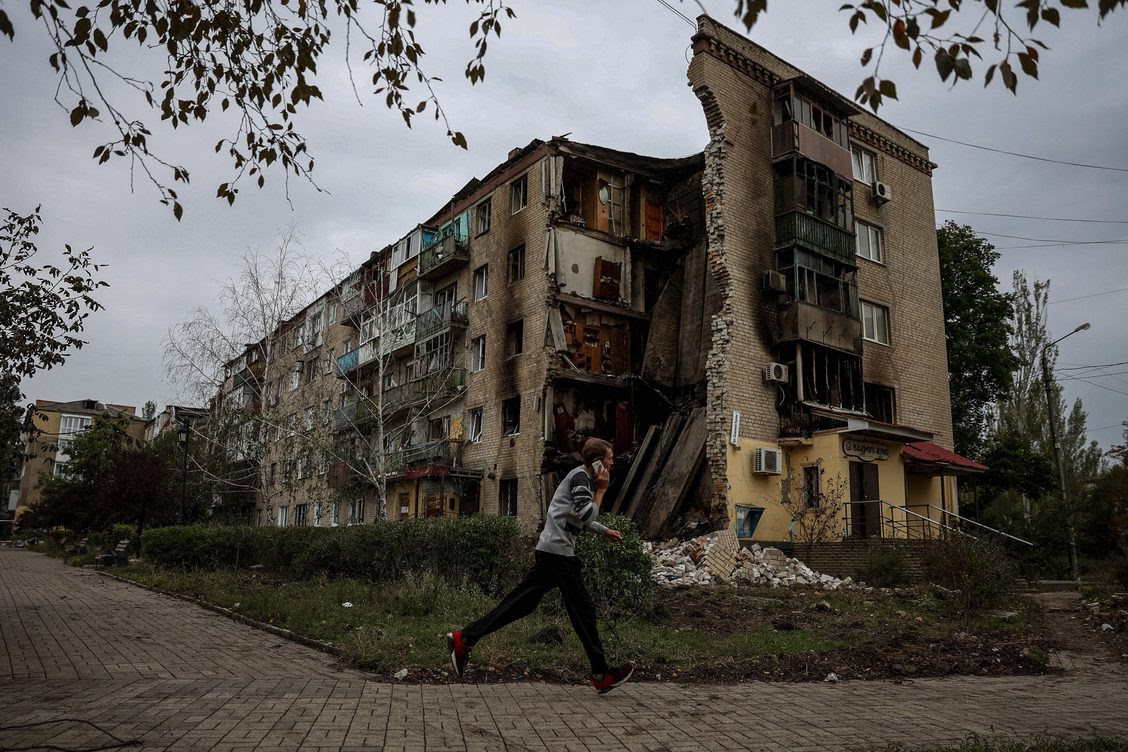 The referendum in the southern regions seems to be a farce, when we see young girls going from door to door to ask people to bring out their vote … but they are accompanied by Russian soldiers who look at the voting letter. Also in the ballot stations, everybody can see what the person votes for.

Melitopol residents forced to vote in ‘referendum’ for absent relatives, neighbours. The exiled mayor of Melitopol, a Russian-occupied city in Zaporizhzhia Oblast, Ivan Fedorov said on Sept. 26 that Russian occupation authorities are going door-to-door to make locals vote instead of their family members and neighbors who evacuated due to the “catastrophically low turnout.”

After ‘annexation,’ Russia to send Ukrainians from occupied territories to war. Russian-installed proxy in the occupied parts of Zaporizhzhia Oblast Yevhen Balytskyi said on Sept. 26 that local “volunteers” will join the Russian army in its fight against Ukraine following the sham referendum on joining Russia.

Donetsk Oblast is Ukraine’s main priority. In his nightly address, President Volodymyr Zelensky said that Ukraine is doing everything to curb Russian activity in Donetsk Oblast. “Constant attempts of the Russian offensive in the Donetsk region will surely go down in the history of wars as one of the most cynical murders of one’s own soldiers,” he also said.

General Staff: Occupied parts of Kherson Oblast closed for entry and exit. The General Staff of Ukraine’s Armed Forces reported in its Sept. 27 update that Russian occupying forces have “completely closed” the occupied parts of Ukraine’s southern Kherson Oblast for entry or exit. The Ukrainian government earlier urged residents to evacuate among Ukraine’s unfolding counteroffensive in the area.