The English are known to have special humour, which is not always appreciated by the non-British. The British royal family was known for more stiff plight, where people have seen a bit more humour come out in recent years.

This year’s Jubilee sketch with Paddington Bear was just great and trumped by far the James Bond and Queen diving for the 2012 Olympics opening ceremony. 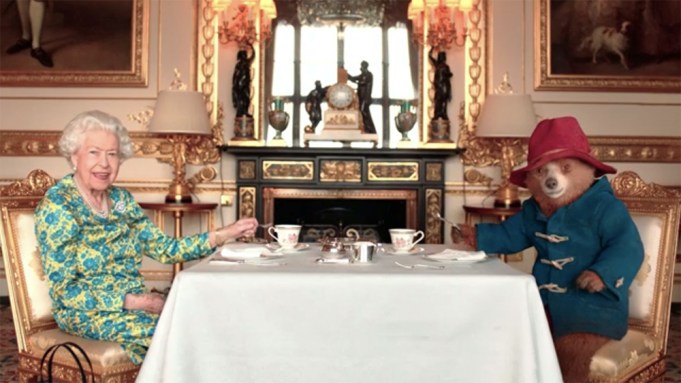 There was delivered a brilliantly timed comic performance with Paddington Bear, which shall stay in our mind, and perhaps also in the mind of coming generations.

For in recent years, it must be said, the Queen had understood that the attitude after the death of Princess Diana had to be rectified and that she had to work to ensure that her family would be given a different image in the media. The stiff upper lip and seemingly numb or insensitive image had to be replaced by the image of a compassionate Queen, who does understand her people and wants to be there for them and her family.

After navigating difficult times for the Royal family, affection and loyalty for her was at a high in her latter years in which she was viewed as the grandmother of the nation and a beacon of stability.

On September 08, 2022 news reports moved from ‘concern’ for the Queen’s health to the official announcement of her death.

Great Britain has had in Queen Elizabeth II a strict woman who was able not to let the common world her inner feelings. The Crown was by her put ahead of any personal or political thoughts. Already very early in her life she promised to be there for her country.

Born on April 21 1926, Elizabeth’s parents had no reason to expect that she would one day be Queen. History decided differently.

During her reign, she visited 116 countries on 261 official overseas visits, including 78 state visits – making her by far the most travelled monarch in history.

She also worked tirelessly to promote the more than 600 charities of which she was patron.

She served with a certainty that the system worked, coupled with a genuine deep faith in God. She ensured that there could be continuity amid turbulence as the great value that a monarchy could add to a democratic system. She made scrupulous neutrality appear easy, a simple matter of doing and saying nothing. Such neutrality sometimes to the general public gave the impression that she had no heart or human feelings. After she worked on her way of having contact with the public and handling all the paparazzi talk, she became better and gave a more empathetic attitude.

“I came away thinking there is someone who has no fear of death, has hope in the future, knows the rock on which she stands and that gives her strength.”

“You felt that history was in front of you, but it was history with those piercingly blue eyes twinkling, that extraordinary smile and the relishing of a quick dry comment.”

The personal pictures that were released, for the Platinum Jubilee documentaries on her life, were a great addition of showing the public how behind that harness was a human being with a warm heart and with a mind full of very wise words. At certain moments her sayings let me think of another wise king, king Solomon, who like her very well knew what a task he had to deliver. It was also never about her. She considered that the position she had was given to her by God.

Cardinal Vincent Nichols, the leader of the Catholic church in England and Wales, said her faith

“so often and so eloquently proclaimed in her public messages, has been an inspiration to me, and I am sure to many”.

The wisdom of that strong woman did not escape him either. He said:

“The wisdom, stability and service which she consistently embodied, often in circumstances of extreme difficulty, are a shining legacy and testament to her faith.”

As the monarch, the Queen was the supreme governor of the Church of England. That position now passes to King Charles III.

When looking at those pictures in the recent documentaries, also of meetings with several worldleaders, one could see how she cleverly knows to position herself and proved to be first-rate operator.

The Queen overtook Queen Victoria as Britain’s longest-serving monarch in Sept 2015 and she can be considered (in a certain way) as she was the woman who saved the monarchy in Great Britain.

She gave the many republicans a dressing-down and proved that the monarchy can indeed be a good solution to make a democracy run smoothly.

For as long as she was there, the monarchy seemed to make sense – an illogical, irrational kind of sense, but sense all the same. {The Queen’s death will shake this country deeply – she was a steady centre amid constant flux –Jonathan Freedland}

When a photograph was released on Tuesday showing the monarch welcoming her newest prime minister – her 15th – at Balmoral, her face looked unfamiliarly gaunt. Even though we saw an older woman there, she still seemed fit and alert enough for her blessed age (96).

The Queen is survived by her four children – the King, the Princess Royal, the Duke of York and the Earl of Wessex. She had eight grandchildren and 12 great-grandchildren.

The Duke of Cambridge has immediately inherited his father’s dukedom, with he and his wife known henceforth as the Duke and Duchess of Cornwall and Cambridge.

Charles, heir to the throne since he was three, became king immediately after the death of his mother, but his official coronation is not likely to take place for several months.

Tradition dictates that the first public proclamation of the new monarch will be read in the open air at St James’s Palace by the garter king of arms, in the presence of the earl marshal (who is the Duke of Norfolk) and two of the sovereign’s serjeants-at-arms. This is traditionally at 10am and is read in the open air from the Friary Court balcony by the Garter King of Arms.

After the proclamation, Charles will read a declaration and take an oath to preserve the Church of Scotland. He must also swear an oath relating to the Church of England: the accession declaration, to maintain the established Protestant succession, which is normally done at the next state opening of parliament following succession.

The first full day of the reign of King Charles III has begun, with the new monarch travelling to London to meet the prime minister and to meet the Earl Marshal, currently Edward Fitzalan-Howard, 18th Duke of Norfolk, to approve the carefully choreographed plans for the coming days and weeks.

The King, 73, is expected on Friday to pre-record a televised address to the nation, which will be broadcast early the same evening. In it, he’ll declare that a period of official royal mourning will be observed from Friday lasting until seven days after the Queen’s state funeral. Royal mourning is observed by members of the royal family, as well as staff in the royal households, and troops on ceremonial duties.

As prime minister Liz Truss will be invited to Buckingham Palace to meet the new monarch on Friday. She also will attend a public service of prayer and reflection at St Paul’s Cathedral in central London at 6pm. The service will be broadcast on the BBC and will include audio of the King’s televised address to the nation if it coincides with the service.

There were already queuing people at Buckingham Palace yesterday evening and certain people were prepared to get up at 4 in the morning to come to London to pay their tribute. Also outside other royal buildings early on Friday morning, people brought flowers and cards. At Buckingham Palace, mourners, congregated beside hundreds of colourful bouquets and messages that had been left overnight and early in the morning. A large union flag in tones of black and grey has been pinned to the right flank of the gates, while police officers kept a crowd back from the main gates further to the left.

Dedicated sites for floral tributes from the public have been set up in Green Park and Hyde Park near Buckingham Palace in London, as well as at Cambridge Gate in Windsor. Many people wanted to show how grateful they are for the work the queen has done for their country.