Banks accused of marooning savers | High Street banks have failed to pass on the Bank of England’s latest interest rise to millions of savers, leaving their customers stuck with rates as low as 0.01 per cent. The country’s 10 largest banks have still not raised rates on their easy access savings accounts following a 0.5 percentage point increase in the base rate two weeks ago. Alexa Phillips reveals the worst offenders.

“It is time to recognise what self-financed university for the masses actually amounts to: the McDonaldisation of academic endeavour and the privatisation of the welfare state. The Right’s market utopianism and the Left’s hatred of elitism have merged to create a hideous monster.”

She was recently dubbed “the coolest politician in the world”, but Finland’s prime minister Sanna Marin was forced to deny taking illegal drugs after videos were leaked of her dancing, drinking and singing at a raucous party. In the leaked video footage, unidentified people are heard shouting about “flour”, which is a slang term for cocaine in Finland. Watch the video in our report by Europe editor James Crisp.

Brace for more rail strikes | The rail dispute could be prolonged “indefinitely”, a union leader has warned, as the latest strike by thousands of workers again caused travel misery for passengers. The RMT’s Mick Lynch joined picket lines on the day only around one in five trains ran across the UK. See how your rail line will be impacted during another walkout on Saturday – and others throughout the summer. Gambia tries to shake off its sleazy image

It is closing time for the “golden girls” of Gambia, as officials take action to end the country’s reputation as a seedy magnet for older women looking for toy boys. Authorities in the west African country have had enough of pensioner sex tourists and want to attract a better class of visitor. “What we want is quality,” said Abubacarr S Camara, director of the Gambia Tourism Board. “Tourists that come to enjoy the country and the culture, not that come just for sex.” Tom Collins, in Banjul, explains how the former British colony plans to target higher-end tourists.

Near the capital Banjul the “Senegambia strip” of restaurants and bars now resembles a superannuated version of Benidorm.

Young Gambian beach boys can be seen assisting older female tourists, some old enough to be their grandmothers, out of noisy clubs and off into the night.

Most of the Gambian men who meet up with older women are motivated by the lack of jobs and low wages. By becoming a toy boy they can earn £200 in only a few days, which is equivalent to a monthly salary.

They scour the stunning white sand beaches looking for older women, who also come from the Netherlands, Sweden and Germany. 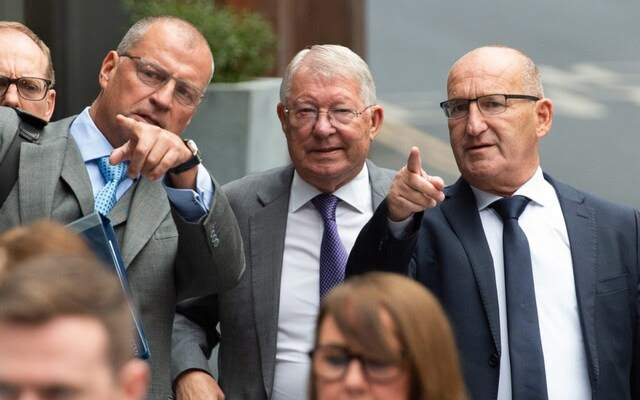 This week the Kremlin downplayed a series of blasts, which rocked several strategic strongholds in Russian-occupied Crimea. It may also be hiding the true impact of sanctions on Russia’s economy. Catch up on this, and the rest of the week’s top stories, with our handpicked articles, below.