Tensions around Ukraine are mounting day by day. The former Soviet republic is seeking rapprochement with the West and would like to join NATO. Russian President Vladimir Putin wants to avoid this at all costs and has sent more than 100.000 soldiers to the border region.

The spokesman for Joe Biden said that though Russia says it wants to find a diplomatic solution that the actions show something else.

“We hope it will change direction before it starts a catastrophic and destructive war,”

he said. The senior official assured that Russia could launch an operation “at any time” as a pretext to invade Ukraine and that this operation could take “various forms”, such as a “provocation” in the Donbass region or putting up a false flag with a fake “invasion” of Russian territory.

He mentioned  that his country has little concern about possible sanctions by the West in the event of an invasion of Ukraine.

Will war break out?

Ukraine’s leader vowed on Feb. 16  that his country would stand tall against any invasion, as NATO warned it could see no sign that Russia is withdrawing its forces, as it says it is.

After weeks of criticism for his hesitant stance on the Ukraine crisis, German Chancellor Olaf Scholz made a clear statement in Moscow on Tuesday.

‘It is our damned duty to prevent this from escalating.’

Ukraine government forces have shelled areas within rebel-held territory to the east of the country, a breach of ceasefire agreements designed to bring an end to the conflict, according to Russian-backed separatist groups.

Forces from the Ukrainian side were accused of using mortars, grenade launchers and a machine gun by the representatives of the would-be breakaway territory — the Luhansk People’s Republic — in the first reports of munitions being used in the conflict gripping Europe for more than a month now.

“Armed forces of Ukraine have rudely violated the ceasefire regime, using heavy weapons, which, according to the Minsk agreements, should be withdrawn,”

rebel representatives from the Luhansk in the Ukrainian-Russian ceasefire control group said, according to Russia’s independent news agency Interfax. 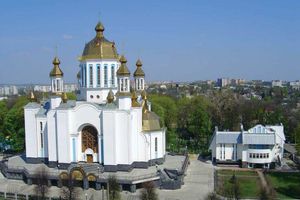 President Volodymyr Zelensky watched troops training with some of their new Western-supplied anti-tank weapons on a range near Rivne, west of the capital, on the small Ustya (Ustye) River, long a minor Polish settlement. 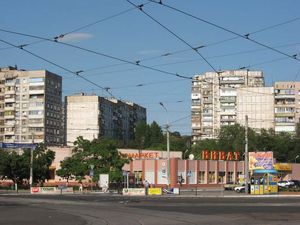 Then he travelled to the frontline port city of Mariupol in southeastern Ukrain, and gave a speech to mark what he had declared Ukraine’s Day of Unity, wearing a military-style olive green coat and vowing resistance.

We will defend ourselves

“We have a wonderful, strong armed forces,”

“We have excellent diplomats, volunteer forces and national resistance forces throughout Ukraine.

The last few weeks we also could see pictures of lots of civilians prepared to come to learn how to defend themselves and their country. After work and in their free weekend they went to military training. somehow we also saw the feeling of nationality growing and as such this Day of Unity is one way to strengthen that national feeling even more. We had a look in some schools where those children were singing national hymns and talked with a lot of enthusiasm over their beautiful country.

“The strength to protect us. Protect your land. Enough force to not succumb to any provocations.”

The demonstration of Ukrainian firepower and rhetoric contrasted with images on Russian state media that were said to show Moscow’s forces bringing an end to a major exercise in occupied Crimea.

In the Oblast (province) town Rivne, missiles pounded targets and armoured vehicles manoeuvred and fired on the yellowing moorland, while in the chief city and capital of Ukraine, Kyiv, hundreds of civilians marched in a stadium with an enormous national banner. It was incredible to see how long that national ribbon was, which went beyond the length and curve of a large football stadium.

The Day of Unity displays came as the Kremlin called for “serious negotiations” with Washington, and European leaders pushed hard for a diplomatic resolution to the crisis.

But NATO chief Jens Stoltenberg, who hosted a meeting of the alliance’s defence ministers in Brussels, dismissed suggestions that the threat on the border had diminished. He said the alliance would shore up its eastern defences with forward deployments in member states bordering Ukraine.

“Moscow has made it clear that it is prepared to contest the fundamental principles that have underpinned our security for decades and to do so by using force,”

“I regret to say that this is the new normal in Europe.”

And on reported Russian troop movements, he said:

“So far we do not see any sign of de-escalation on the ground; no withdrawals of troops or equipment.

“Russia maintains a massive invasion force ready to attack with high-end capabilities from Crimea to Belarus,”

And US Secretary of State Antony Blinken told ABC News:

“What we’re seeing is no meaningful pullback.”

Signals give us hope

Russia’s huge build-up of troops, missiles and warships around Ukraine is being billed as Europe’s worst security crisis since the Cold War.

Russian President Vladimir Putin has demanded Ukraine be forbidden from pursuing its ambition to join NATO and wants to redraw the security map of eastern Europe, rolling back Western influence. But, backed by a threat of crippling US and EU economic sanctions, Western leaders are pushing for a negotiated settlement, and Moscow has signalled it will start to pull forces back.
In the latest such move, on Wednesday the Russian defence ministry said military drills in Crimea — a Ukrainian region Moscow annexed in 2014 — had ended and that troops were returning to their garrisons.

Washington has demanded more verifiable evidence of de-escalation, but US President Joe Biden has nevertheless vowed to push for a diplomatic solution.

“It is positive that the US president is also noting his readiness to start serious negotiations.”

“are signals that at least give us hope. But it is important to observe closely whether these words are followed by deeds.”

EU leaders, already gathered in Brussels for a summit with their African counterparts, are now to hold impromptu crisis talks on Russia and Ukraine on Thursday the 17th of February.

Zelensky has downplayed threats of an immediate Russian invasion, but is attempting to rally his people with the Day of Unity celebrations under Ukraine’s blue and gold banner.

**
A symbol of the struggle for freedom, democracy and independence. Flag Day is celebrated in Ukraine, Aug 23, 2017, 26 years ago the flag was brought into the Verkhovna Rada, the Parliament of Ukraine. Flag Day became a state holiday in 2004.

On Wednesday, after the Rivne drills, he visited Mariupol, a frontline port city near a breakaway region held by Russian-backed separatists.

The European Union ambassador to Ukraine, Matti Maasikas, along with the German, Estonian, Polish and Spanish envoys headed to Mariupol with the president in solidarity.

Maasikas also said that he had raised the Ukrainian flag alongside the EU one at his embassy, adding: “Not sure it’s fully according to the rules, but these are extraordinary times.”

In another sign of Ukraine’s most powerful figures coming together, some wealthy business leaders who had been urged to come back to the country announced their return.

he said, promising his firm would boost salaries and support a local university.

On Tuesday, Ukraine said the websites of the country’s defence ministry and armed forces as well as two banks had been hit by a cyberattack of the kind that US intelligence fears would precede a Russian attack.

“It cannot be excluded that the aggressor is resorting to dirty tricks,”

Peskov denied that Moscow had any role in the cyber assault.

“We do not know anything. As expected, Ukraine continues blaming Russia for everything,”