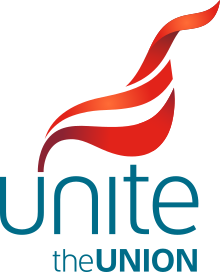 Addressing delegates at the sixth annual event of Unite, the newspaper of the United Socialist Party (UK), the British trade unionist who has been the general secretary of Unite since 26 August 2021, Sharon Graham said during her first keynote speech:

UNITE “will not accept further attacks on workers’ living standards.”

She will ensure that the union

“is going to be in the vanguard that can change what is happening to workers.”

As told in the previous posting, lots of British workers are afraid they shall have to pay for all the measures taken to cope with the CoViD-19-pandemic.

For the Hammersmith lady,

“The politicians have failed us during the Covid crisis; they were nowhere to be seen.

“that’s what trade unions are for.”

Ms Graham slammed unscrupulous employers for using the pandemic as cover to force through wage cuts and attacks on working conditions via fire-and-rehire tactics.

To fight back, she said a new era of

The policy conference, which sees about 700 lay members consider motions on topics including the economy, workers’ rights, social action and the green industrial revolution, is set to end today after five days of debate.

Pain after nearly 50 years’ membership of the European Union